Where do you want to help grant wishes?

Raise funds for kids throughout the United States.

For a Local Chapter

Raise funds in support of a specific Make-A-Wish chapter.

Raise funds to help grant wishes for kids outside the U.S.

Changing this will reset your registration options.

Sorry. Your search did not return any results. 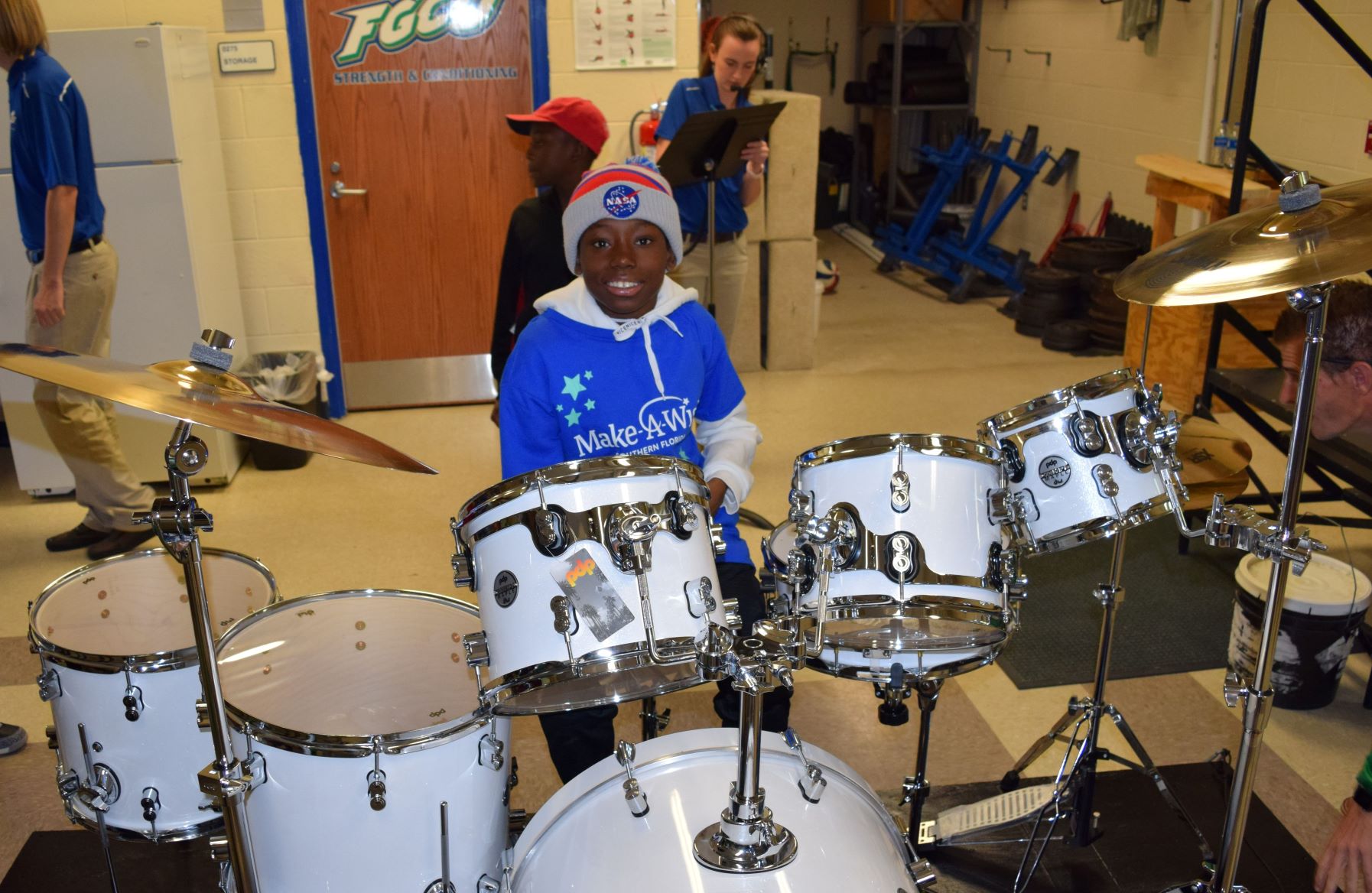 Renel, 14
blood disorder
I wish to have a new drum set

Renel thought he was simply attending a Florida Gulf Coast University Men's Basketball game with his family but there was something special about to take place...

Renel, a 14-year-old who battles a blood disorder, met his volunteer wish granters a few months earlier and told them how much he loves to play the drums in church and for his family. He also told them about his broken drum set and how he wished he would have a brand new seven-piece drum set so he can practice and get better!

With a little halftime magic in front of a packed Alico Arena, Renel was escorted to center court by Azul the Eagle where his wish came true. A speechless Renel could only stare as his dream drum set was rolled over to him. It was a white seven-piece drum set with black drumsticks - just as he asked for!

Renel's shyness disappeared when he was able to sit down with his new drums in the back area with his family. It was time to jam -- and his pure talent certainly shined through! His father said, "Renel wants to play drums all night long so he will be very happy now."